The British and Polish recruitment industries work in very different ways. However, where once British employers reached out to Polish skilled labourers to fill jobs at home. Today more and more British companies are putting their faith in Poland. Opening tens of thousands of opportunities for bright Polish talent. Talented individuals who would prefer to stay in Poland rather than risk the wet and drizzly conditions they might find in London or Manchester.

Without getting ahead of ourselves, it is worth considering where all this started.

At the time Jim worked with Austin Birks, who championed the recruitment of hundreds of bus drivers on behalf of First Group, the largest transportation company in the world at the time.

When choosing to look at Poland as a source for recruiting talent, Austin was amazed at the attitude of the Polish people he was meeting. Not only did they have a desire to provide for their families, but they were nearly all highly educated. Many of them also spoke some English.

By 2010 Verita HR was born and with it the Polish recruitment industry magazine – Rekruter. Born out of a search for truth, and a commitment to honesty (verita means ‘true’ in Latin), the company was launched with a bang. At a big gala in Warsaw. The first ever Recruitment Industry Awards had come to Poland, and Verita HR was the organiser.

Fast forward 12 years and more than 10 editions of the now renowned ‘Perly HR’ awards ceremony, and Poland is already looking like a better market. Over the years some of the most influential HR Directors in Poland have helped forge the ethical standards needed to ensure transparency around the awards. Cezary Maczka of Budimex, Andrzej Borczyk of Grupa Zywiec and Joanna Parzydlo-Malinowksa of HR Influencers have all helped to grow the ethical standards of the awards over the years. Whilst many of the alumni of the awards ceremony have gone on to be leaders. Like Natalia Grabia who now has a global talent role in a large tech investment firm.

Of course, being the company that publishes Magazyn Rekruter and organizes Perły HR (the Polish name for the Recruitment Awards), means much is expected of Verita HR. To stand in front of one’s peers and help them celebrate their success is also a huge responsibility. It means that Verita HR itself must uphold the highest ethical standards.

Recruitment is about Content, not just about Matching and Cold-Calling

The industry has changed dramatically since the 1990s when Austin first started to work in the field of human resources. Poland has also come along leaps and bounds. LinkedIn may have started in 2002, but it only really got going in 2013. Before that people were using platforms like ‘naszaklasa.pl’ or ‘grono.net’ to interact and grow their online profiles. Enter the giants from the U.S. in the form of Facebook and LinkedIn and the days of Polish online portals were numbered.

Today, many people in recruitment rely on their online profiles. All companies are using social media to entice the best talent to join them. This is where Verita HR has always seen its mission. To help young recruiters engage with their audience on social media.

Like all recruitment firms, Verita HR initially hired recruiters who not only had to be good at matching but had to also do their cold-calling. That all changed in 2012 when Verita HR created the first ever HR Projects Co-ordinator role on the Polish market. It was a role that included many of the tasks of a researcher, with one big difference. HRPCs, as they are now familiarly known, have a content target as well.

Cold-calling remains a key part of the role for many recruiters on the market. But with COVID their online profiles took on a completely new meaning. Fortunately for Verita HR the company had already developed a huge network on social media.

Today, over 500,000 online users follow or are members of groups managed by Verita HR. And the numbers are growing every day. With a plethora of groups spanning the whole of Poland on Facebook, from locations like Szczeczin to Krakow and Lublin, there is a group for nearly every larger town in Poland. On LinkedIn the company manages several large company pages. It also created numerous groups dedicated to professionals in the Banking, Technology, Electronics, Shared Services and even Recruitment sectors. Today this digital footprint is also available to Verita HR’s customers. The future might be digital, but its easier with a bit of content.

The Values are always key

Like many companies, Verita HR has had its ups and downs over the years. At least while it was in ‘Startup’ phase. And its not just journalists and recruiters (or HR PCs) who work at the company. There is a payroll team who have formed the backbone of the company since the start. Working on-site at the company’s clients in many cases.

Some of the teams have been with Verita HR since the beginning. Almost 12 years. Austin hopes that one of the reasons that this is the case is because of the strength of the company’s values.

“In my personal experience values are of paramount importance when trying to create a successful business,” Austin shared.

“They are the backbone which creates a company’s culture. When I first arrived in Poland, I had a very clear vision in my mind about what the values of the recruitment process would look like. And they were simple as well as challenging.

“I wanted people who joined us to be treated with equality and dignity, simple as that. We were going to approach this in a completely different way. And, although harder to set up had amazing results when it came to reputation, and maybe more importantly retention and positive work ethic.

“These simple values we have now enhanced and developed as our Company has grown and matured,” Austin explained.

He finished the conversation by laying out the framework by which the values are presented:

Generosity, where kindness is at the heart of our engagement with our business community, and as always kindness is free, it is a state of mind that we develop from the outset.

Family Orientated, when you think about it you spend more time at work than you do at home (or at least pre pandemic), so being in a space where you feel comfortable and considered is vital. Of course, like all families there are frictions but that is ok, as they always lead to solutions, so we encourage an open and honest culture and guess what it works.

Gratefulness, never forget nor underestimate the commitment that people give to a Company. We are all pieces in the jigsaw with equal levels of responsibility no one is any better than anyone else. Regardless of position or rank, equality and respect lie at the root of the business, and they really do work if you believe and act accordingly.

Verita HR Group is a leading Polish and Central Eastern European professional recruiting group. The group specializes in the recruitment and outsourcing of qualified, professional, and skilled technology and finance people. The group works with Banks, FinTech StartUps, Technology companies and many others. The Group operates in the private sector, dealing in permanent positions and contracting. As of 31st March 2022, the Group employed c. 1,280 staff operating from multiple locations across Central Eastern Europe including Prague, Budapest, Vilnius, Krakow, Wroclaw, Katowice, and Warsaw

Verita HR was the first recruitment business in the region to build a database of quantitative analysts for investment banks. The Group filled the first blockchain roles to be opened in the region. And the Group remains forward-thinking looking for the next technology or challenge that its’ Client may face. 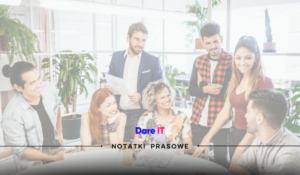 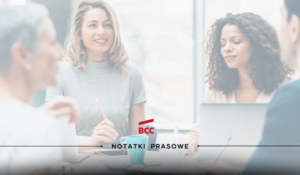